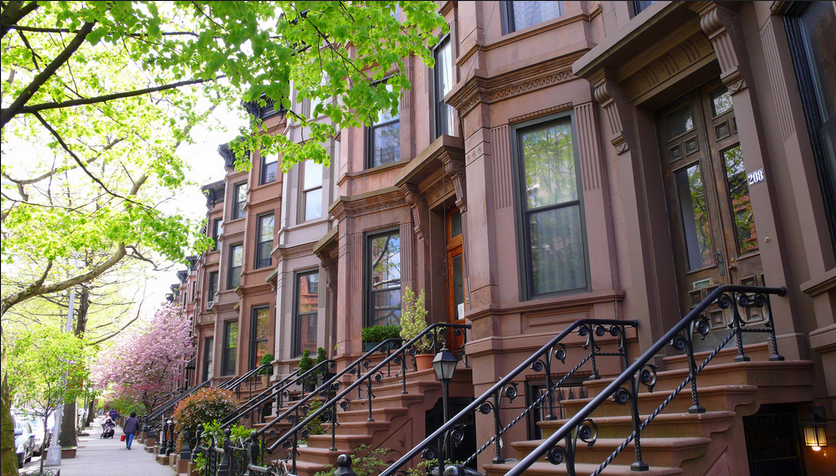 Ahhh brownstones. They are iconic, but how did they originate, and what gives them their beautiful reddish brown color? Hopefully this post will be able to answer any questions you may have.

Buildings constructed from this material are called brownstones.  The material was first used to simply front or sheath townhouses which were constructed using cheap bricks.  It was considerably less expensive than limestone, marble, and granite. It was also easy to extract from large deep pits.  It also lent itself to pretty straightforward carving.

In the beginning, however, brownstone was considered to be of poorer quality compared to other stones like granite, limestone, and marble. The latter were considered more refined and desirable, although they were also more expensive.

The middle of the nineteenth century, the Romantic era, brought in a preference for dark material for buildings.  Brownstone became popular, acquiring a reputation as being chic and stylish.  It became the construction stone of choice the world over, particularly in large cities in industrialized nations.  Europe has its share of brownstones.  So does the United States. History shows that in the later part of the Triassic period, large deposits of the stone were found in New Jersey, Connecticut, and Massachusetts.  Boston, Brooklyn, Park Slope, and Harlem all have many brownstone homes and buildings.

New York started constructing brownstones long before the stone became the latest thing in architecture following its popularity in the mid-nineteenth century.  In Lower Manhattan, the St. Paul Chapel of the Trinity Church stands as one of the city’s historical and charming landmarks.  Constructed in 1796, the chapel is made from a lovely blend of brownstone and local stone.

These days, everybody easily recognizes the Upper West Side by the many brownstones it has.  There are many places defined by brownstones, many of them considered grand, highly wrought, and truly splendid.

For those of you who dream of rehabbing a neglected piece of American brownstone history here’s a video of the This Old House gang fixing up a real beauty from 1904.

Don’t kid yourself though, even a brownstone like this one which has fallen into disrepair is still likely to run close to a million bucks – or more in Brooklyn’s rather insane housing market. Those looking to snatch up a real bargain may fair better setting their sights on considerably cheaper properties in markets like Philadelphia and Chicago. While these cities aren’t known for their brownstones the way that Brooklyn is there are some real good deals that you can find in these parts. In particular, the Rittenhouse Square and Fairmount neighborhoods in Philly offer opportunities for brownstone ownership at a fraction of the price of what can be had in NYC. 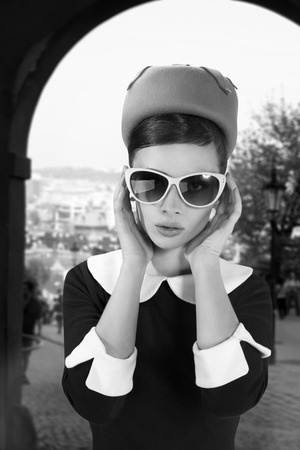 In recent brownstone news, it turns out that the brownstone that was featured the in iconic 1961 Audrey Hepburn film “Breakfast at Tiffany’s” has just been sold for a whopping 7.4 Million dollar payday.

The film, which was based on Truman Capote’s popular novel (also entitled Breakfast at Tiffany’s) won 2 academy awards, and has since gone on the achieve cult status. People still talk about this movie all the time, and my wife keeps leaving the LOGO channel on cable (that’s the LGBT channel) and they keep showing that movie over and over again so I think it must be very popular within that demographic as well.

It kind of makes sense. I mean Audrey Hepburn was a total babe in that movie. She was so feminine. Honestly I think that women who are looking for a husband, and have trouble finding one, would be well advised to study Hepburn’s character “Holly Golightly” and try modeling her behavior. This sort of classic femininity, is surly lacking in today’s modern society.

Now before I get a pack of blood thirsty feminist chasing after me for handing out free advice on how to get a man, I must point out that I am also quick to offer men advice on this same topic of mate selection and procurement. Indeed, there’s a website NanoMagazine.com I highly recommend for men looking to improve their success with not only Forex trading and personal development, but with their dating skills as well.

But I’m getting off topic here. The point is brownstones are iconic buildings, just like Breakfast At Tiffany’s is an iconic film, and Audrey Hepburn is an iconic actress. And, I think that we can all improve our success in life, business, and romance by embracing these sorts of icons and incorporating them into our lives to the best of our abilities.